The ABimdz Inter-Regio passenger coach is a vehicle approved in accordance with the RIC regulatory requirements for use in passenger transportation in the RIC area. The vehicle model 265 was built between 1992 and 2000. As part of the acquisition of aesthetically striking coaches for Inter-Regio transportation, compartment coaches of type Bm 234 or Bimdz 268 were used as ‘donor coaches’.

The ABimdz 265 coaches have a permitted top speed of 200 km/h in passenger operation and implement a very short braking distance. Magnetic rail brakes provide the coaches with a brake weight of 103 metric tonnes. Without magnetic brakes, the coach may run in Germany with a brake weight of 71 tonnes or 66 tonnes with up to 160 km/h.

The ABimdz 265 has over 55 first and second class seats and 11 folding seats. The multipurpose area offer room for several bicycles, prams, or wheelchairs. The ABimdz from HEROS are equipped with an expanded boarding area, so that boarding with prams or wheelchairs can occur more easily.

The ABimdz 265 is sometimes equipped with a closed WC system or can be retrofitted.

Passenger coaches model 265 from HEROS have MD36 bogies. MD36 stands for Minden-Deutz 36 bogie, a standard Deutsche Bahn bogie for RIC coaches. As well as the designation MD36 the abbreviation LD36 is also common. Minden-Deutz 36 bogies are RIC bogies and envisaged for use in UIC countries. Many coaches with MD36 bogies were also already in use in a number of countries and so bogies of this type are familiar to a lot of workshops in different countries.

ABimdz 265 coaches are often operated in combination with Aimz 261 and Bimz 264 coaches.

HEROS offers the ABimdz 265 for lease and sale. 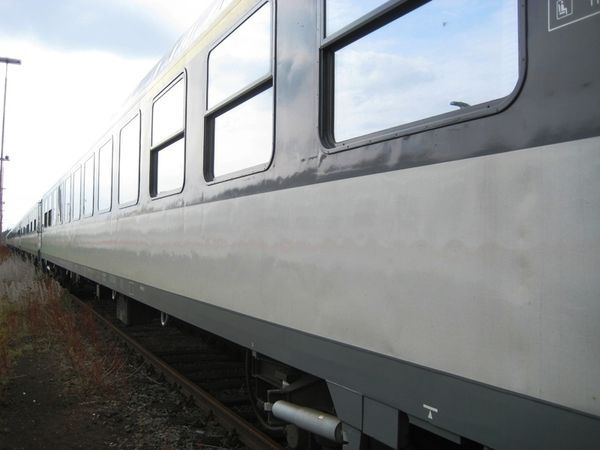