With the timetable change 2021/2022, ODEG, Ostdeutsche Eisenbahn GmbH, will be using a RegioShuttle RS1 of the third series on various lines in its route network.

After the required key inspection at the end of November 2021, the multiple unit acquired by HEROS together with 26 other RegioShuttles from SWEG Südwestdeutsche LandesverkehrGmbH was handed over to ODEG. Since the timetable change in December 2021, the multiple unit was initially used on line RB 15, Waren (Müritz) – Inselstadt Malchow – (Plau am See), which was recently acquired by ODEG. In the future, the RegioShuttle RS1 will, for example, also operate on the island of Rügen.

The rented vehicle was manufactured in 2005 and its technical design is very similar to the 14 RegioShuttle RS1s already in use at ODEG. This makes it an ideal addition to the existing train fleet. 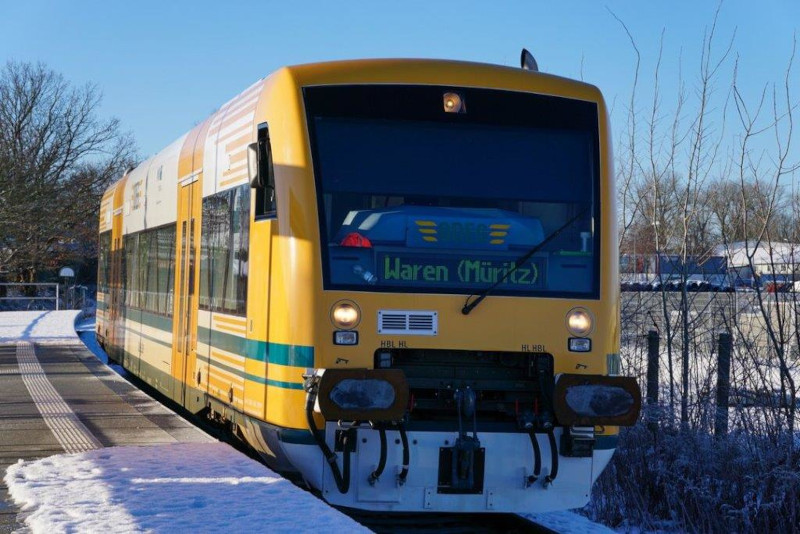 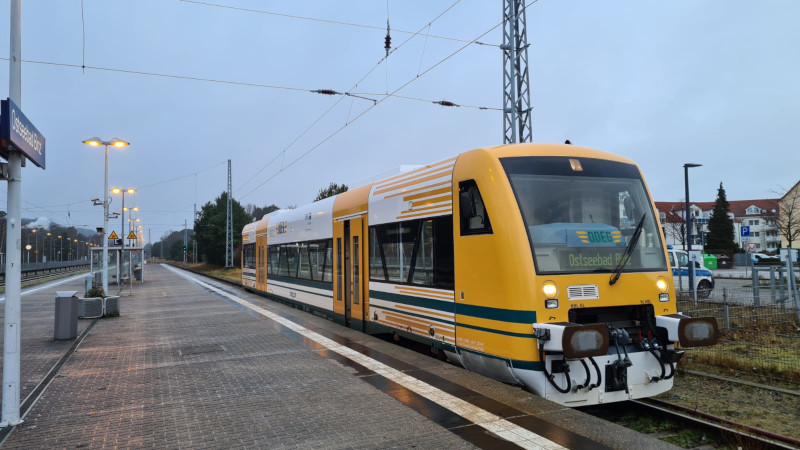 HEROS, with headquarters in Rheinfelden, Switzerland, markets used rail vehicles worldwide and rents locomotives, multiple units and passenger coaches in continental Europe. The HEROS Group has locations in Switzerland and Germany. HEROS currently owns around 70 rail vehicles and, amongst other things, offers its customers bespoke leasing solutions, a wide range of used rail vehicles, and extensive expertise in the economic evaluation as well as the maintenance, repair, and modernisation of vehicles. Visit www.heros-rail.com for more information about the company and the available rail vehicles.

When ODEG was founded in 2002, one of the most successful stories of the German railway began. As a subsidiary of BeNEX and Prignitzer Eisenbahn GmbH, ODEG has developed into the largest private railway in eastern Germany to date. The regional railway operates a total of 13 lines on behalf of the German states of Mecklenburg-Western Pomerania, Brandenburg, Berlin, Saxony and Saxony-Anhalt. ODEG uses the infrastructure of Deutsche Bahn AG for a fee. The fleet of 50 multiple units currently includes 16 KISS, 7 Desiro ML, 6 Desiro Classic, 6 GTW 2/6 and 14 RegioShuttle RS1 as well as 1 FLIRT. The vehicles are maintained by the wholly owned subsidiary, ODIG – Ostdeutsche Instandhaltungsgesellschaft mbH. Visit www.odeg.de for more information about the company.