The ICE TD, series VT 605, was developed from 1996 to 2001 by a consortium made up of Siemens, DUEWAG and Bombardier Transportation DWA. A total of 20 four-part diesel-electric multiple units with electromechanical tilting technology were delivered to Deutsche Bahn AG. The passengers were not supposed to notice any visual difference compared to the electric ICE T (series 411/415) and the ICE 3. The goal of the ICE TD concept was to upgrade passenger transport on the IC and IR lines and elevate it to the status of an ICE connection. Increased travel speeds and more attractive travel times thanks to the tilting technology were designed to win new passengers.

The structural concept and the layout for the coaches were largely adopted from series 411/415. In order to maintain the specified axle load when all seats are occupied, the coach bodies were made of extruded aluminium sections. Compared to the 411/415, the I-beams of the base plate have been altered in order to hold the underfloor units, such as diesel engines, fuel tanks, cooling system, etc. The head sections of the end multiple unit consist of glass fibre reinforced plastic (GRP) that is glued to the shell bottom. The 900-mm-wide plug doors are positioned as entries at the end and one third of the way down the coach.

Mounted under each coach is a water-cooled six-cylinder four-stroke diesel engine (Cummins QSK 19-R) with exhaust turbocharging. The diesel engines each produce 560 kW, which is used to provide traction as well as power for the on-board auxiliary operation supply (air conditioners, air compressors, tilting technology, etc.). For the first time ever in a vehicle with tilting technology, the traction motors has been installed transversely in the motor bogies. The other bogies – on the outside of each of the end coaches – are designed as trailer bogies. The wheel set arrangement of a multiple unit is 2‘Bo‘ + Bo‘2‘ + 2‘Bo‘ + Bo‘2‘. The middle coach houses the electric auxiliary operation converter (ESB = energy supply block), ensuring a total of six different voltage systems for supplying the on-board equipment, such as the air conditioner, air compressor, diesel preheating, tilting technology, galley consumers, lighting and battery charging.

When in operation, it is possible to tilt the coach body up to 8 degrees on both sides thanks to the tilting technology system. This allows higher speeds in track curves, shortening travel times by 15 to 20%. Moreover, travel comfort for the passengers is noticeably improved. A tilt control system has been installed in each coach for activating the tilting drives of the coach, and it also takes care of monitoring the system. Compact sensor units are employed for regulating the tilting system. The tilting system and active transversal centring are controlled via a bus system that conveys information to the superordinate control technology and regulates the tilting via a comfort control system.

Despite the tight installation conditions, two traction motors are integrated in the SF600 bogie in a traditional multiple unit arrangement. This makes it possible to drive both wheel sets of the bogie and to rule out interferences from the traction motors, which are usually located beneath the coach body.

The ICE TDs are equipped with three different brake systems:

The pneumatic brakes are EP-controlled in the individual coaches. Each coach has its own electronic and pneumatic control system, along with an emergency brake bridge for use in tunnel segments.
The regenerative brake is used as the primary service brake in the ICE TD due to its freedom from wear. During braking operation, the traction motors work as generators, automatically using the electrical energy for auxiliary operation supply or discharging heat as necessary. The regenerative brake can be used until the train comes to a standstill. For four driving wheel sets, it was sufficient to install only one wheel brake disc. The brake discs are thermally designed in such a way that no overload will occur should the electric brake happen to fail.
The multiple unit is also equipped with five electromagnetic rail brakes, which are only used for rapid braking.

All ICE TDs (VT 605) are equipped with the LZB 80/16 train control system, in which the PZB 90 (punktförmige Zugbeeinflussung = intermittent train control) is integrated. The LZB shows the target speed for each rail section, including in dependence on the signal settings in the cab, and checks to make sure that the admissible top speed is observed; the PZB monitors the engine driver to ensure that the signal settings are observed. The GNT automatic train protection transmission system – used on lines of the Deutsche Bahn that have been developed for fast travel around curves using tilting technology – is present in the 605 as well. For use on the Munich – Zurich line, all multiple units were also equipped with the Integra and ZUB 121 train control systems of the Swiss Federal Railways. For use on lines in Denmark, DB equipped 13 trains with the Danish ZUB 123 train control system, Danish train radio devices and GPS-based location detection.

The 20 units were inspected by Deutsche Bahn from 22/04/2001 and put into operation by 07/06/2001. They were used as an ICE on the Munich – Lindau – Zurich line and in special train transport throughout Germany for the 2006 Football World Cup. Beginning in 2007, 13 trains were deployed in the newly created ICE connection to Denmark in the Berlin – Hamburg – Copenhagen/Århus connection. Their use achieved travel time reductions of up to 25% on certain connections thanks to the tilting technology. 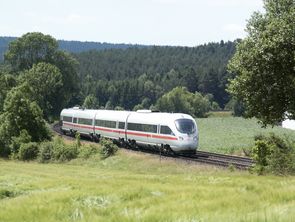 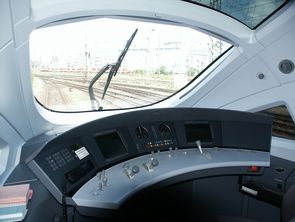 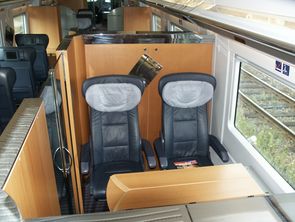 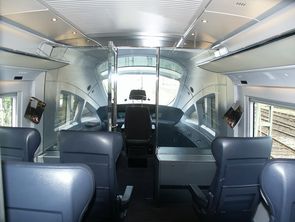 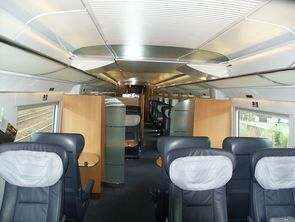